Yes! was the cry across the land when the chief statistician of Australia announced the results on the 15th of November.  People cried tears of joy, tears of relief and some tears of sorrow for the partner whom they were unable to share that historical moment with.

The Pagan Awareness Network has stood by its members and supported LGBTQI pagans, through the adoption of safe spaces guidelines to supporting the movement towards marriage equality.

I must admit that I cried tears of joy, and relief that after a long and hard campaign where LGBTQI Australians were vilified, our families attacked and ourselves subjected to homophobia and transphobia.

As queer pagan I was immensely happy when PAN decided to support the campaign for marriage equality, it felt like the pagan community cared for its LGBTQI members.

The fight for equal rights whether they be for religious acceptance and tolerance of paganism and pagans, or the LGBTQI community are inexorably linked as we march with pride into a more equal future. 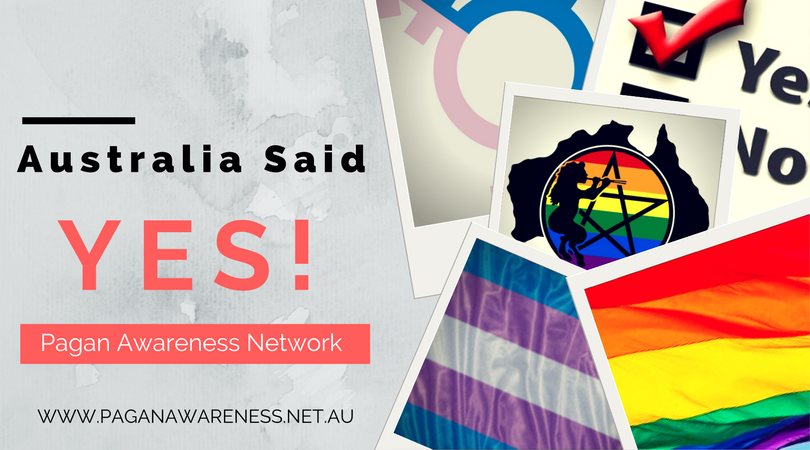