This response was sent to newshub.co.nz in response to the article:
http://www.newshub.co.nz/home/world/2017/04/paedophile-witch-released-from-jail-moves-in-next-to-school.html

The Pagan Awareness Network (PAN Inc.) is an Australian organisation that aims to address misinformation published about the Australian Pagan community.

As a representative of PAN Inc., I am contacting you to correct misinformation published in your news article, dated 4 April 2017, entitled “Paedophile ‘Witch’ Released from Jail, Moves in Next to School”.

I refer you to a claim in your article that Fletcher used “Wiccan witch techniques such as hypnotism” to carry out his crime. This presents an inaccurate picture of Wiccan practices.

There is absolutely no Wiccan spell, ritual, or tradition that calls for one person to hypnotise another and then take advantage of them, and there is certainly no excuse, support, or justification for Fletcher’s crimes within the Wiccan faith.

In fact, the act of harming anyone is contrary to the Wiccan Rede – “Eight words the Wiccan Rede fulfill, An’ it harm none, do what ye will”. Note: this is the first published form of the couplet, quoted from Doreen Valiente in 1964.

On behalf of the Pagan Awareness Network, I ask you to please amend this statement to something like ‘Fletcher used hypnosis…’  and remove the inaccurate link between Wiccan beliefs, hypnosis and Fletcher’s crimes.

Inaccuracies like this perpetuate the negative stereotypes of Wiccans in the media and this can lead to stigma and harassment of peaceful, law-abiding Wiccans.

If you would like to publish a future article about what Wiccans actually believe and/or how they have reacted to the news of Fletcher’s release and subsequent living arrangements, the Pagan Awareness Network would be happy to supply you with material for this article.

On behalf of the Pagan Awareness  Network Inc.  (Australia)
Yours sincerely, 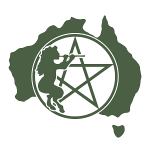 The Pagan Awareness Network Incorporated Australia (PAN Inc) is a not-for-profit educational association with members Australia-wide. It has no formal ties with any religious body, but works in a proactive fashion, both within the Pagan community and as a point of contact for the public, including government and media organisations.